Geneviève Lalonde, John Gay headline a strong elite field at the Medavie Canadian 5K Championships that are set to begin 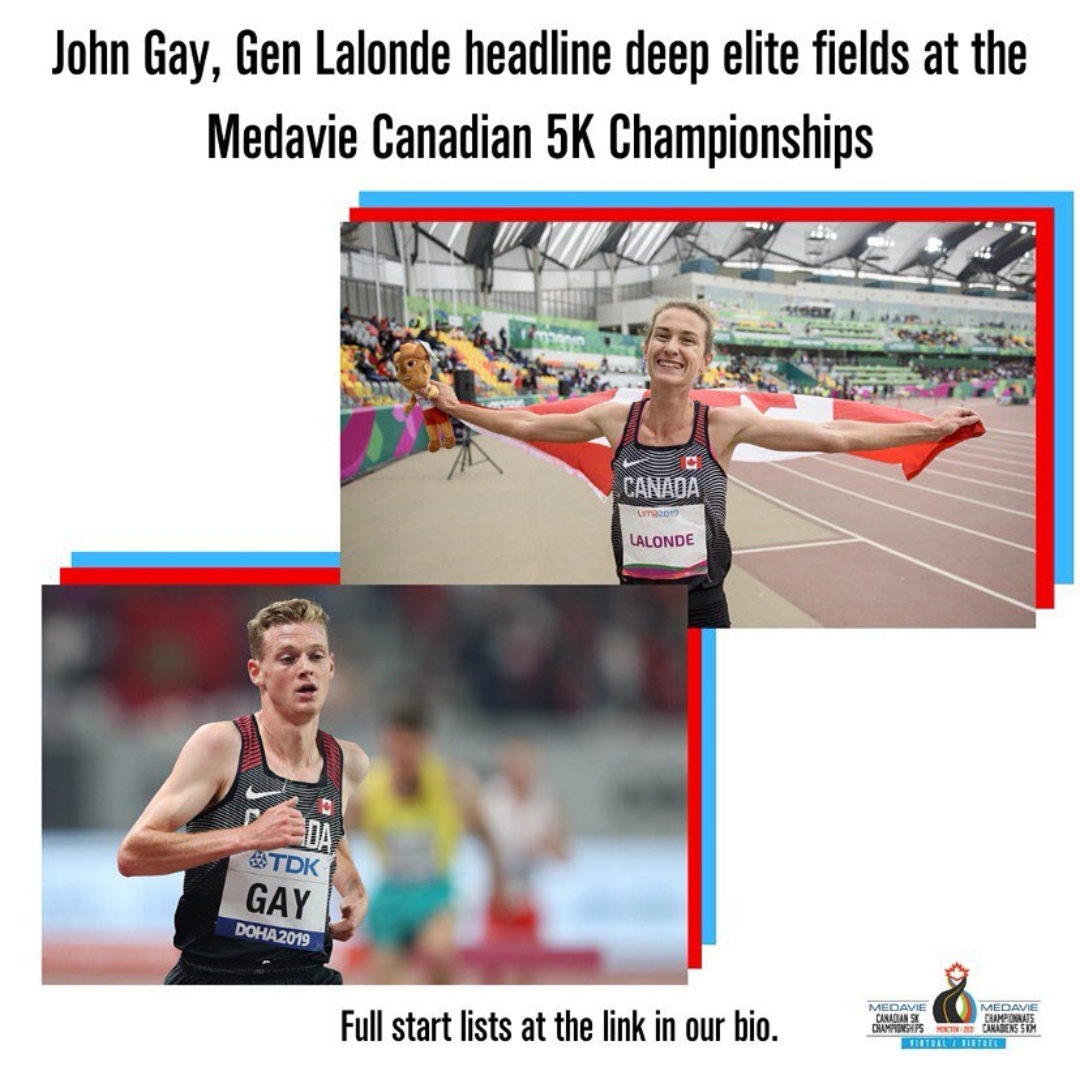 Genevieve Lalonde, John Gay headline a strong elite field at the Medavie Canadian 5K Championships that are set to begin

This Saturday August 28, the 14-day period for submissions of race results in the Medavie Canadian 5K Championship, opens. Hosted by Athletics New Brunswick and Run NB, the event will be raced virtually in 2021 with the event boasting a strong field of top Canadian elite athletes, including several Canadian Olympians.

Headlining the women’s field is Genevieve Lalonde, a Moncton native. Lalonde ran two Canadian records at the Tokyo 2020 Games, including an 11th place finish in the 3000m steeplechase final. The women’s event also includes two other first-time Olympians in Julie-Anne Staehli and Alycia Butterworth. Both athletes have burst on the scene as of late; Staehli as one of the few Canadian women ever to run 5K under 15 minutes while Butterworth just made her Diamond League debut in Eugene, running the third best Canadian time ever for the steeplechase.

Not to be outdone, the men’s start list also features another world class steeplechaser in John Gay who also competed in Tokyo where he ran a personal best in the heats to book his ticket for his first Olympic final. Gay is capping off a breakout year after winning the Canadian Trials and cracking the Olympic standard in that same race. Gay is flanked by 2x Olympian, and fellow British Columbian, Luc Bruchet. Following the familiar theme, Bruchet is also capping off a breakout season, one which included a massive personal best and ranking him third all-time in Canada over the 5,000M. Charles Philibert-Thiboutot (CPT), an Olympian from the Rio 2016 Games is also running in the event. CPT barely missed out on a second Olympic berth in Tokyo and is coming into the event in flying form.

Have questions or media requests? Please contact us at moncton5K@gmail.com.