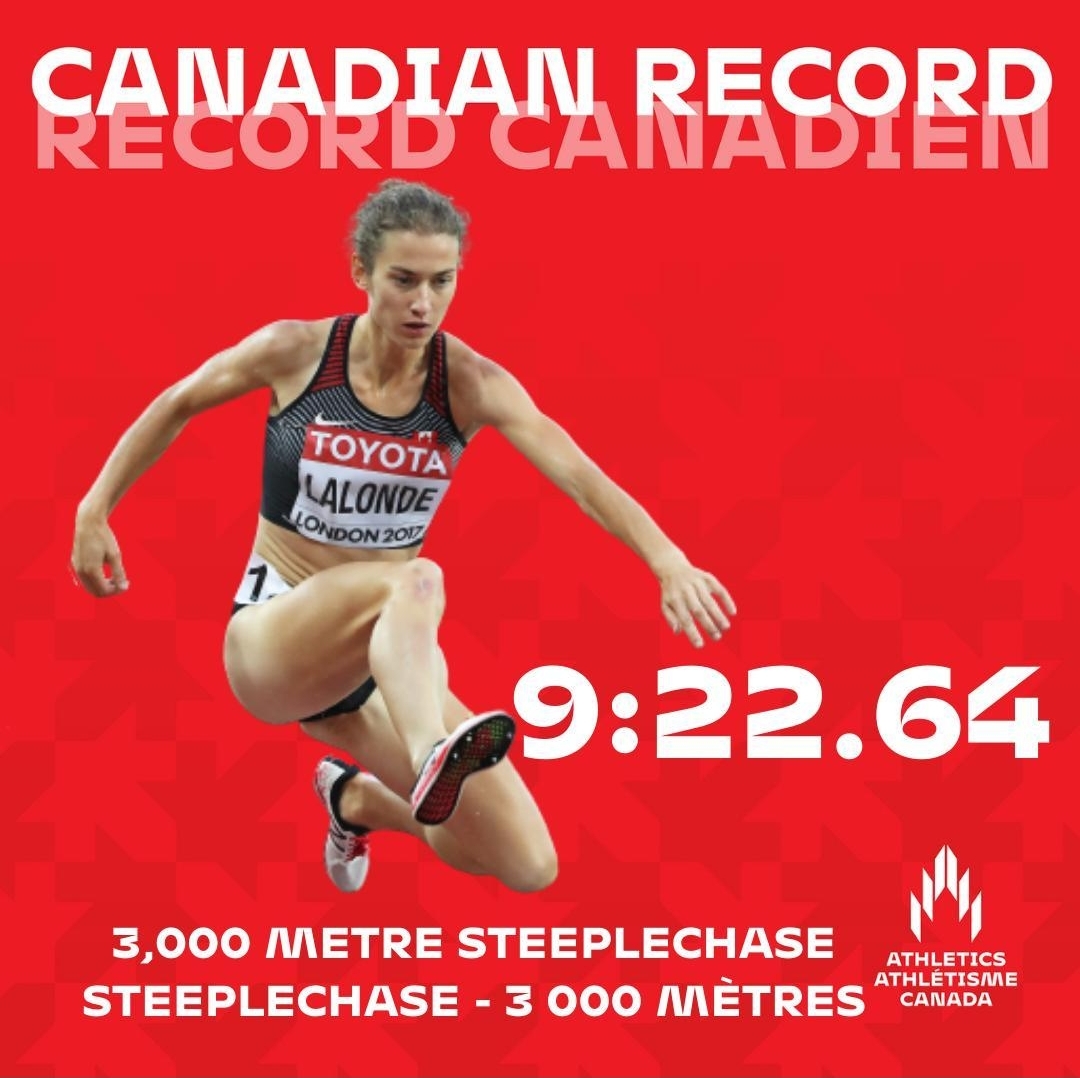 Moncton's Genevieve Lalonde, New Brunswick's only athlete at the Tokyo Olympics broke the Canadian 3000m Steeplechase record on Friday night. Lalonde crossed the line in an impressive 9:22.64, nearly a 5 second improvement from the previous record, and good or 4th place in heat 1 of round 1 of the Games. This is even more impressive, as heat in the Olympic Stadium was nearing 38 degrees celcius!

Lalonde moves on to the Olympic final with the 8th fastest time after the heats.

The final will take place on Wednesday, August 4th at 8:00am ADT on https://www.cbc.ca/sports/olympics/summer