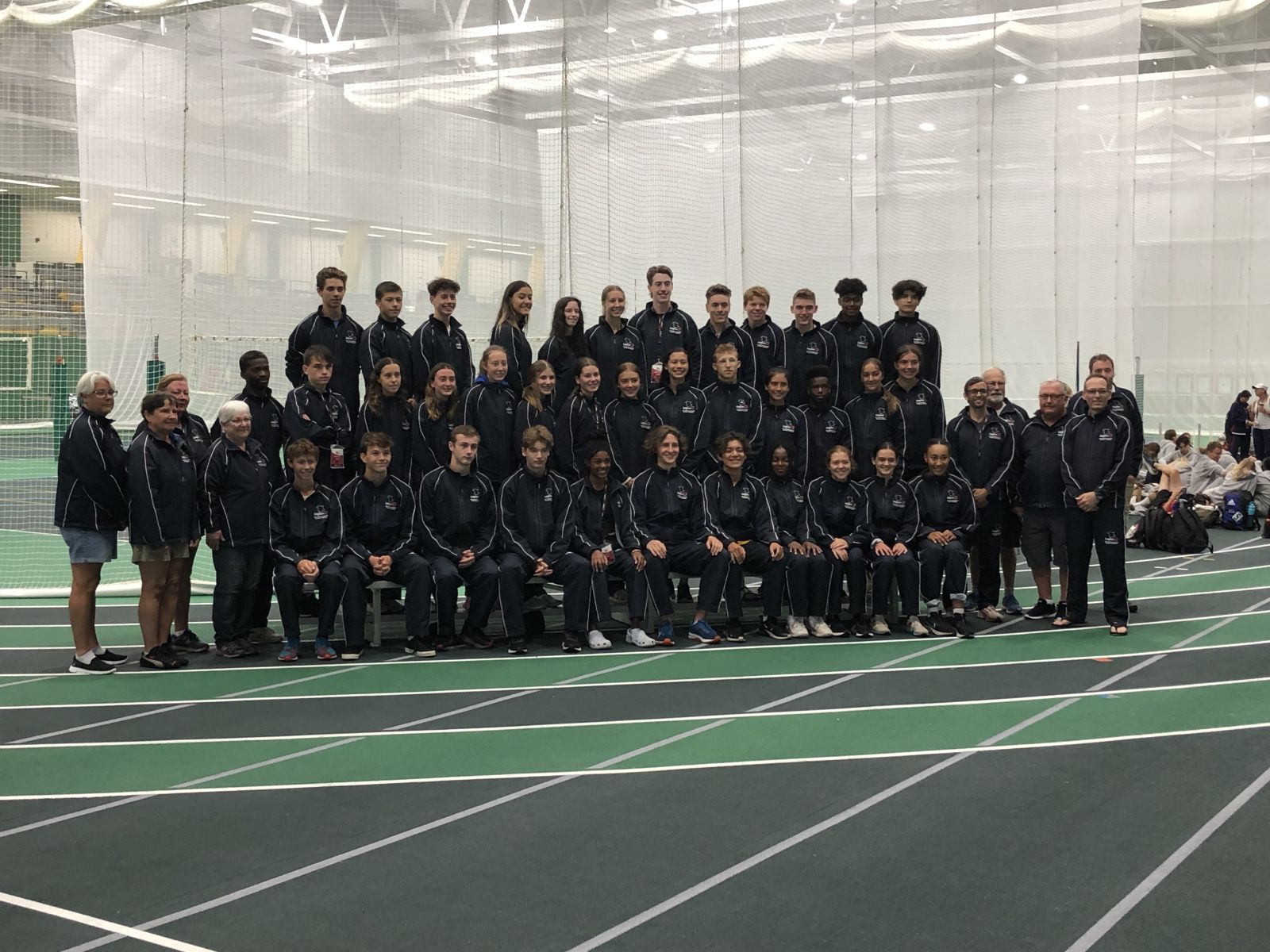 The New Brunswick Legion Team had some impressive performances last weekend in Sherbrooke, PQ with three medals amassed and a handful of top-10 performances achieved.

Audree LeBlanc took home a silver medal in th U16 shot put with a new Provincial record with a launch of 12.88m.

The U16 girls medley relay grabbed on to a bronze medal with a time of 4:28.83. The team was made up of Felicia Mortimer, Sadie Enstrom, Claire Nowlan and Malika Allain.

Coming close to a medal but falling just short to finish fourth, was Breilan Levi Labobe in the U16 200mH, Everett Kent in the U16 high jump in the 1.76m, and the U16 boys 4x100m relay comprised of Anthony Richards, Greysen Tremble, Ben Gray, Tristan Lepage.

Coming in at a solid 7th place was Emma LeBlanc in the U16 high jump (1.50m) and the U16 4x100m girls relay (Kym Daigle, Audree LeBlanc, Emma LeBlanc, Shaniece Smikle).

9th: Everett Kent in the U16 javelin